So lately I have been watching this Korean Survival show called ‘Produce 101’ which basically gathers 101 trainees from different Entertainment Companies in Korean and basically they have to battle it out to survive from one week to another by gaining votes from the public. This not only puts their own name on the line but also the pride of each Entertainment Company they represent.

They have to Sing, Dance and Survive in other to debut as a 11 member group. In Korea and now all other the world KPOP is quickly becoming big and widely known. As a Kpopper you basically follow your favourite groups and join different ‘Fandoms’ that band together to get your team to number 1.

While watching this show I came across a few familiar faces that have either debuted before or had appeared on another show and one of these girls was Jeon Somi. She had been a contestant on JYP’s survival show which in the end produced TWICE who is quickly becoming popular. Somi had been eliminated due to her age, which was 14 at the time, and was not able to debut which is unfortunate as she would have been amazing in TWICE. However, now she competes against 101 girls to be in the running to debut.

Once again she shows just how talented she is. She has a great quirky personality, friendly with all the contestants, can sing and dance but she also shows that she is an all rounder. Not to mention is a beauty!

So basically means that she is my bias in this show and I hope that she gets to Debut with this new group! 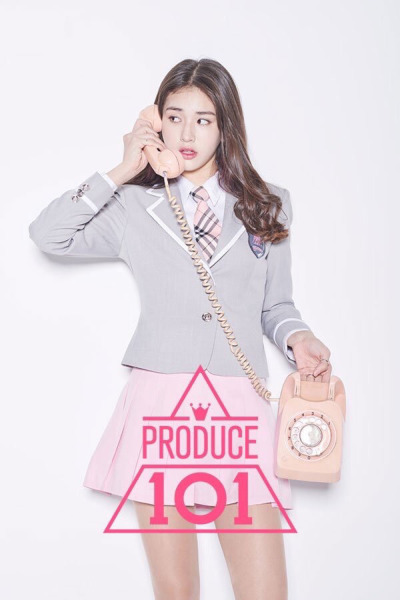